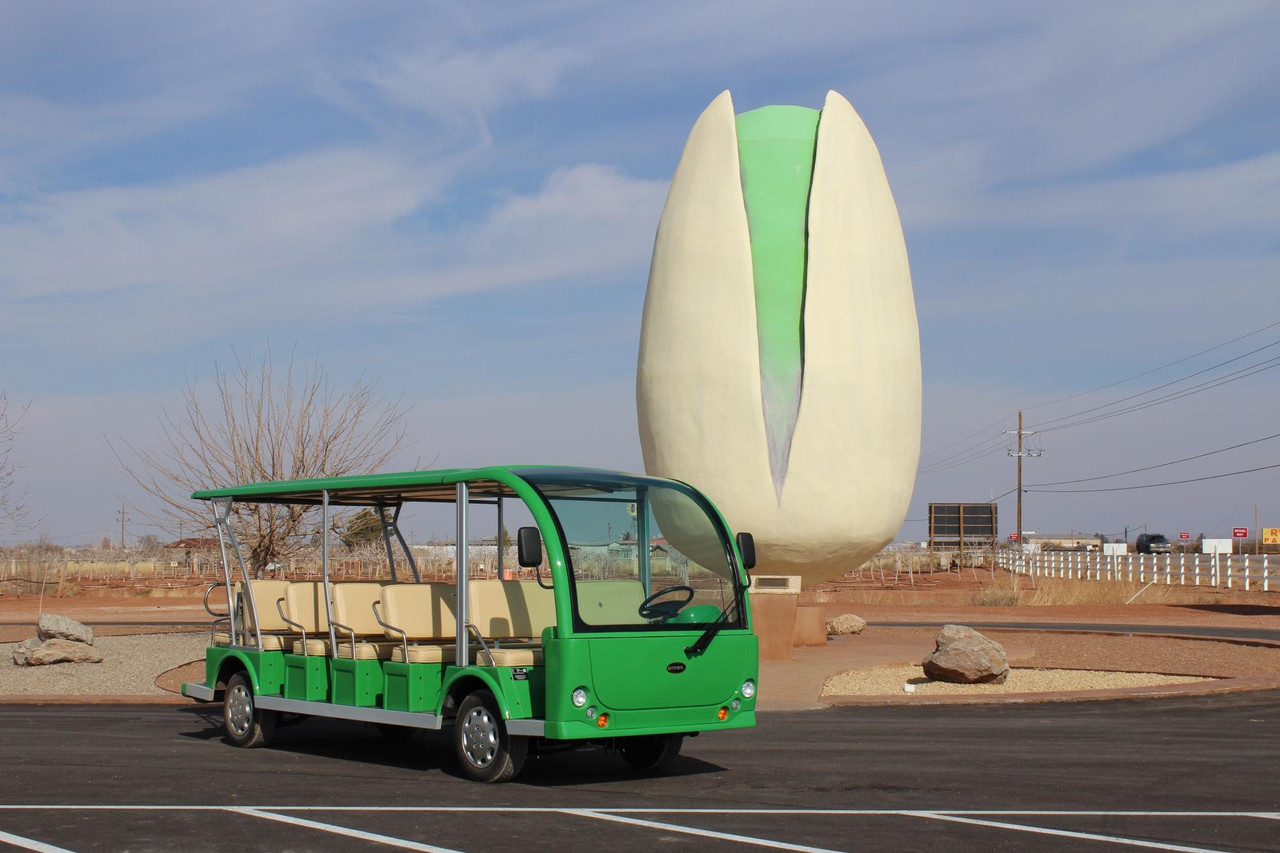 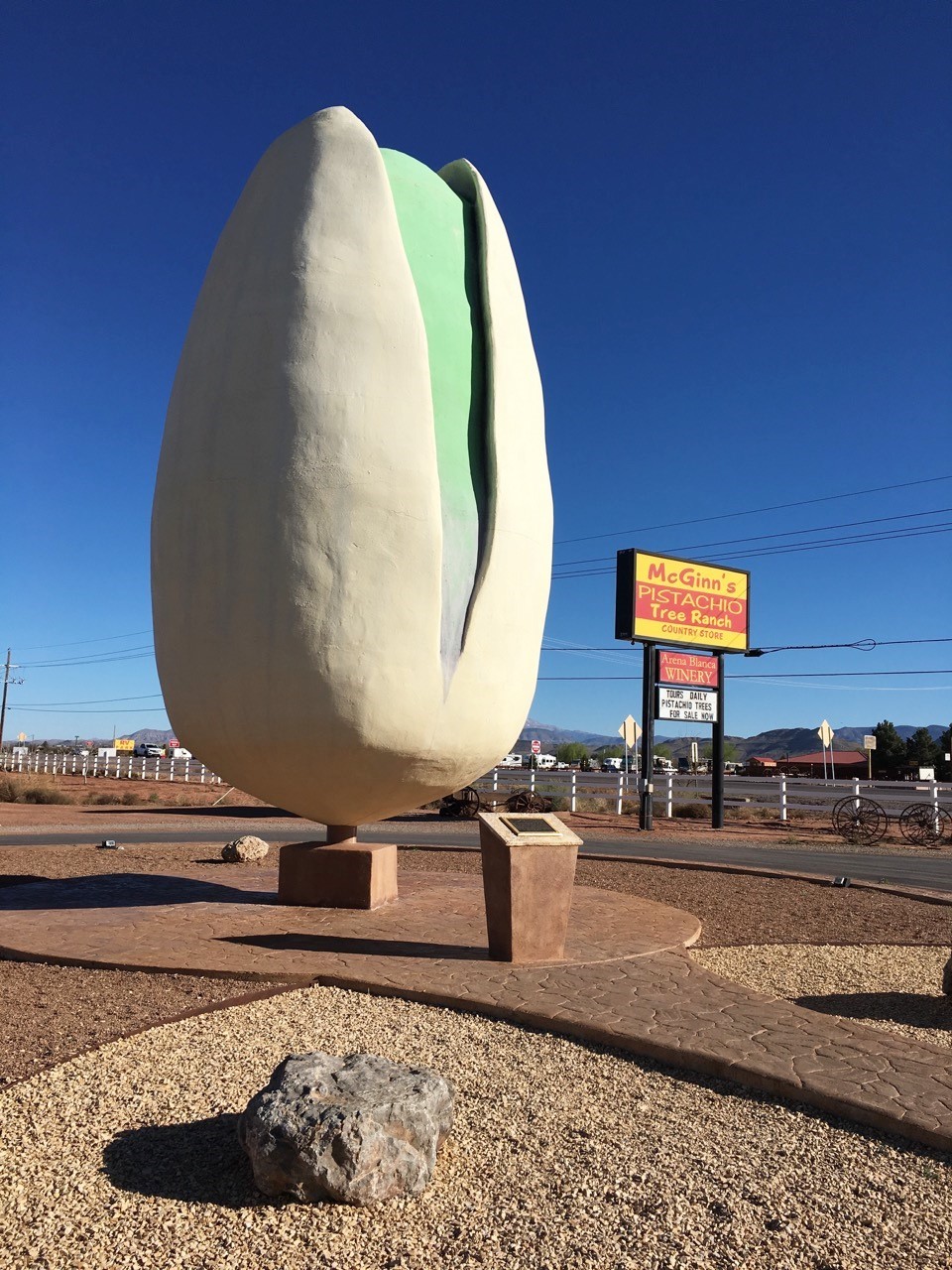 Welcome to the home of the

It started as a humble tribute from a son to his father. From there, it developed a measure of celebrity and in some ports of call, evolved into a "destination" in it's own right.

The JournalGazette.net begins their article about southern New Mexico's one of a kind, mammoth outdoor sculpture by saying...
"There are plenty of large, man-made oddities that people can find throughout the world. There's the world's largest baked potato in Blackfoot, Idaho, the world's biggest buffalo in Jamestown, N.D., a larger-than-life hockey stick and puck in Duncan, British Columbia, and a mammoth lobster in Shediac, New Brunswick.  Now you can add the World's Largest Pistachio in Otero County to the list."

Travelers along U.S. 54 between Alamogordo and Tularosa have seen it since late last year at McGinn's Pistachio Tree Ranch. Tim McGinn, owner of the pistachio ranch, said he wanted to honor the memory of his father, Tom McGinn, who originally founded the pistachio and grape-producing farm." Read Complete Article

On this page, we endeavor to collect all reputable links and honorable mentions for the World's Largest Pistachio. Enjoy!

Where else have we been featured?

"This Must Be The Place" (2011 starring Sean Penn and Frances McDormand), Larry the Cable Guy  "Only In America" 2012 Episode "Lost in Space" on the History Channel, and most recently in 2017: "Ride with Norman Reedus" on AMC, Episode 4.  The NM Secretary of Tourism named the Big Nut a New Mexico True Treasure, and it is considered by some to be an Alamogordo NM landmark and THE MOST visited tourist destination after White Sands National Monument!

There are no products listed under this category.

Join our newsletter for exclusive deals!